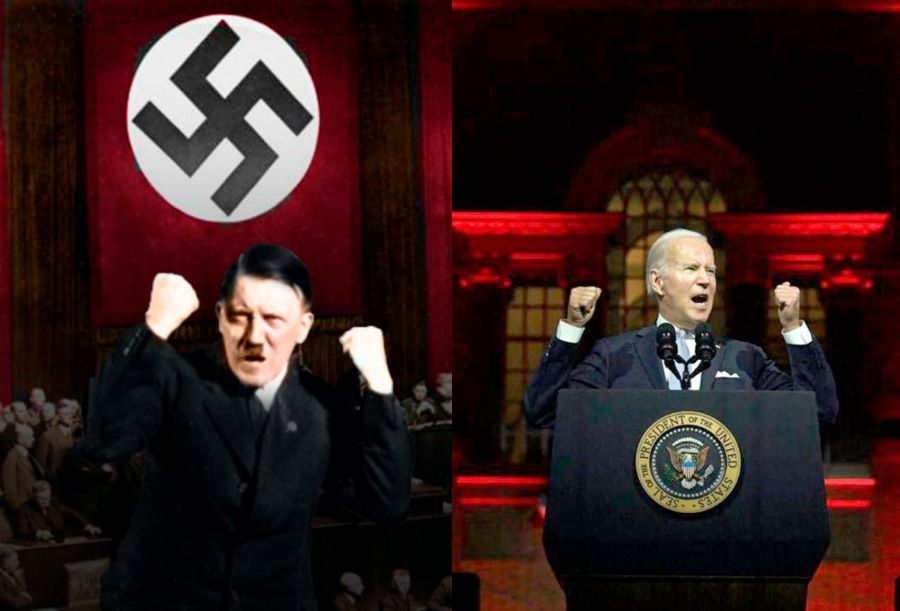 Every single evil that Biden ascribed to “MAGA Republicans” – the Left’s new name for America’s vast, center-right middle class – is actually true of today’s Democratic Party and its unhinged supporters.

Consider just a few highlights from Biden’s Orwellian speech, in which he describes half of Republicans as “semi-fascists.” Upon reading each statement, it becomes crystal clear which camp Biden’s words truly describe – his own:

* “MAGA Republicans represent an extremism that threatens the very foundations of our Republic.”

* “MAGA forces … promote authoritarian leaders, and they fan the flames of political violence that are a threat to our personal rights, to the pursuit of justice, to the rule of law, to the very soul of this country.”

* “MAGA Republicans do not respect the Constitution. They do not believe in the rule of law. They do not recognize the will of the people. They refuse to accept the results of a free election.”

* “MAGA Republicans … embrace anger. They thrive on chaos. They live, not in the light of truth but in the shadow of lies.”

* “MAGA Republicans look at America and see carnage and darkness and despair. They spread fear and lies. Lies told for profit and power.”

Again, by just substituting “Radical Democrats” for “MAGA Republicans,” one has a vivid and uncannily accurate description of the ever-growing neo-communist threat to America.

What’s at work here is not just the common human pathology that psychologists call projection – i.e., attributing one’s own unacceptable qualities and actions to another person or group. It’s also a cynical, cold-blooded political tactic: Projection is extremely effective as a weapon of political warfare. It is, in fact, the essence of virtually everything today’s Democratic Party leaders say from morning to night.