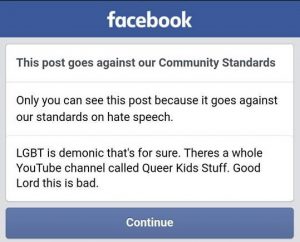 From The Blaze >>> “Queer Kid Stuff,” a YouTube channel geared toward teaching children about sexual preferences, homosexuality, transgenderism, and more, celebrated “Pride Month” by releasing a video talking to kids about people dressing in drag.
The producer and host of “Queer Kid Stuff,” Lindsay Amer, created the channel in June 2016 to help children ages 3-7 better understand the LGBT community, according to the show’s website.